Disability in Ghana
Skip to content
Prince
June 19, 2019by ghanadisability 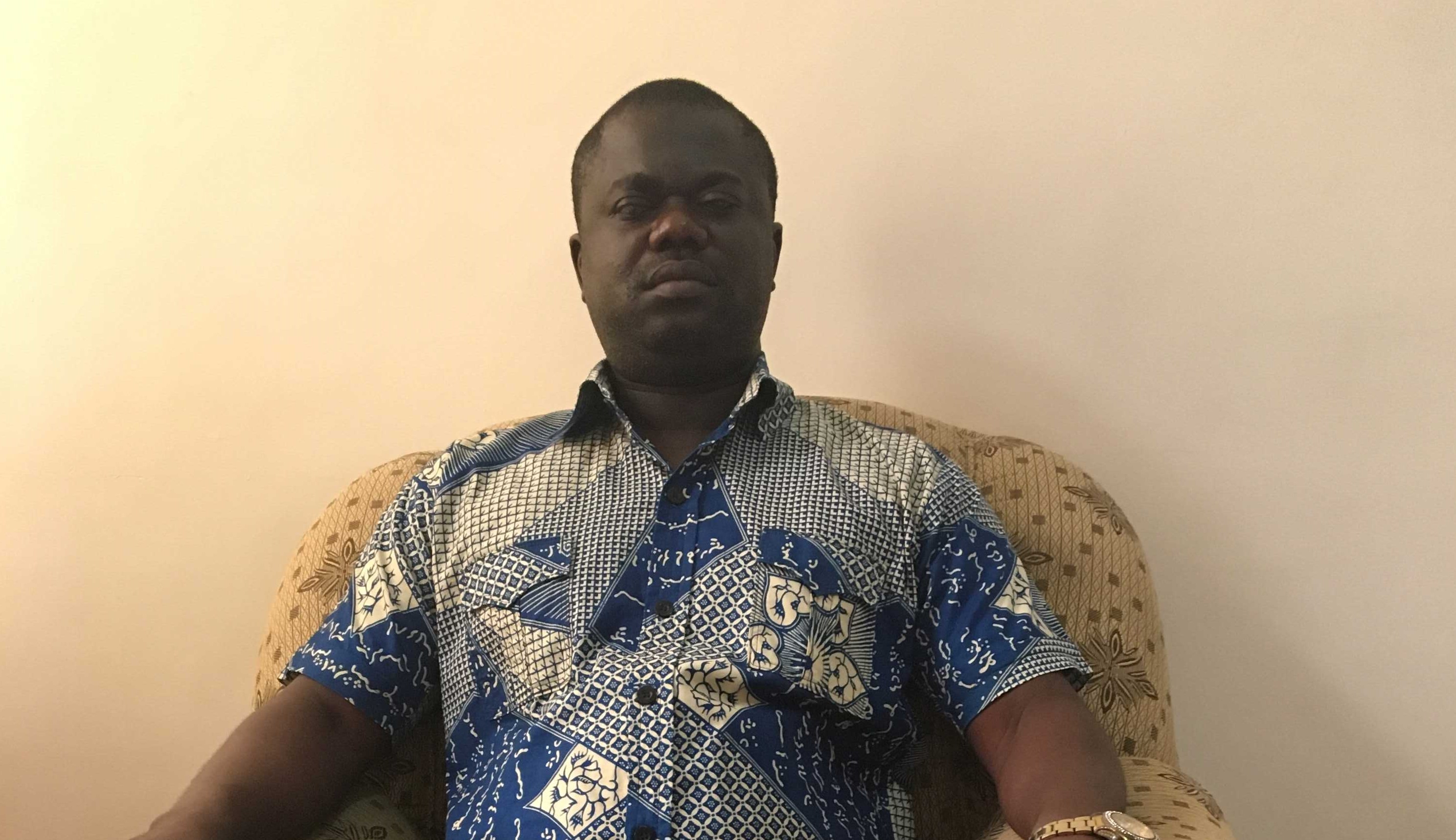 Prince Akonnor, who is 43 years old and belongs to the Ewe ethnic group, hails from Ho in Volta Region. He grew up together with his four siblings and his parents, though his father has passed away. Both of Akonnor’s parents were involved in trading. Akonnor started his early education at Prince of Peace Preparatory School in Ho. After he completed his education here, he continued at Pope Jones Senior High for a period and then went to Akropong School for the Blind, before ending at Okuapeman Senior High School in 1994.

Akonnor enjoyed his early life as a sighted boy together with his family until he started experiencing problems with his eyes in 1991. He reported this to his parents and was quickly taken to the hospital. Much to their disappointment he was diagnosed with glaucoma, though the doctors asked them to return for further tests. Meanwhile, Akonnor was given other medications. Unfortunately, this was to no avail. The doctors informed Akonnor’s parents that in order to save his sight he would have to undergo surgery. Sadly, the family was unable to raise the money for the surgery. Akonnor’s family was devastated and did not know what to do, even trying local treatment without success. Eventually Akonnor became totally blind in 1990.

At the initial state of Akonnor’s blindness, it was not easy to live in his community because a lot of people associated the cause of his disability with witchcraft and other spiritual things. Others even went to the extreme by saying he was given to the parents by a fetish priest and other spiritual practitioners. As a result, he experienced a lot of stigmatization and discrimination in his community. Akonnor’s parents became very worried and started seeking help from religious leaders, herbalist, pastors, and more, but nothing they did could help restore his sight.

One day, a social worker in the community went to Akonnor’s parent and advised them to take him to school. Mr. and Mrs. Akonnor, who had both lost hope in the future of their son, saw no reason why a blind boy should be taken to school. They had little or no idea about the capabilities of blind individuals. At that moment, the only thing they cared about was their son’s safety. The social worker educated the parents, however, and convinced them to enroll their son. Akonnor was enrolled in Okuapeman and did a one-year program. After successfully completing the course, he applied to Akropong Presbyterian Training College. After his course at the training college, he gained admission to the University of Cape Coast in the year 2000 and studied for a first degree, finishing in 2004.

After his education, Akonnor applied to a couple of companies and schools for employment, but all these efforts were in vein. He stayed home for about six years until he was offered a teaching job at Adaklo in the Volta region. Before he was offered the teaching job, he was a casual labourer at the National Coalition of Civic Education until he forwarded his application to the Adaklo educational service to be employed permanently. Akonnor was the only blind teacher in the school and taught religious and moral education.

Akonnor’s romantic life has not been bad, in fact he has enjoyed every bit of his marriage regardless of the normal ups and downs in relationships. Akonnor had three children in his previous relationships before he met his wife, however this was not an obstacle in his marriage. In the initial stage of their marriage rites, the family of the lady were hesitant to allow their daughter to marry a blind person. However, with some persuasion the parents of the lady agreed and gave them the chance to perform the rites. After that Akonnor and his wife lived happily as a family.

Akonnor heard about Ghana Association of the Blind when he was in Akropong School for the Blind. Although Akonnor really admired the association and wanted to join, he could not find a way to. Akonnor spoke with one Mr. Ofori who kept educating the students about the association, and invited Akonnor to proceed with his application. Two years after becoming a member, Akonnor contested for the regional secretary position and won. He later served as the president for the Ho municipality in 2014. In both positions, Akonnor has been able to help the members of his district branch to access their common fund. He has invested energy and time into educating drivers and other road users about the importance of the white cane. He also took part in the organization of workshops for his people and attended regional conventions.

In the Ho municipality, the biggest challenge blind people face is lack of finances to establish themselves. Also, the society tends to pity blind people. According to Akonnor, this kind of attitude erodes the little self-confidence blind individuals have in themselves.  Akonnor continues to educate the people to have empathy instead of sympathy towards blind persons in the society. Akonnor does not see blindness as a punishment or as a disability, but as a unique way of life. He believes blindness is an opportunity to instead use the other four senses of the body and encourages all blind individuals and parents with blind children not to give up but rather push for education. He encourages blind people by expressing that their situation is nothing close to disability, and that they have a lot of hidden talents and capabilities. Aside from the common fund, Akonnor wishes that the government will make policies that will incorporate and help blind people in their access to public facilities. Akonnor encourages the Ghana Blind Union to do more to empower its members. He thinks that empowering blind people will help them to do away with the stigmatization they go through in the society and will them to rise and occupy higher positions in the community while bringing out the best in them.