Disability in Ghana
Skip to content
George
June 19, 2019by ghanadisability 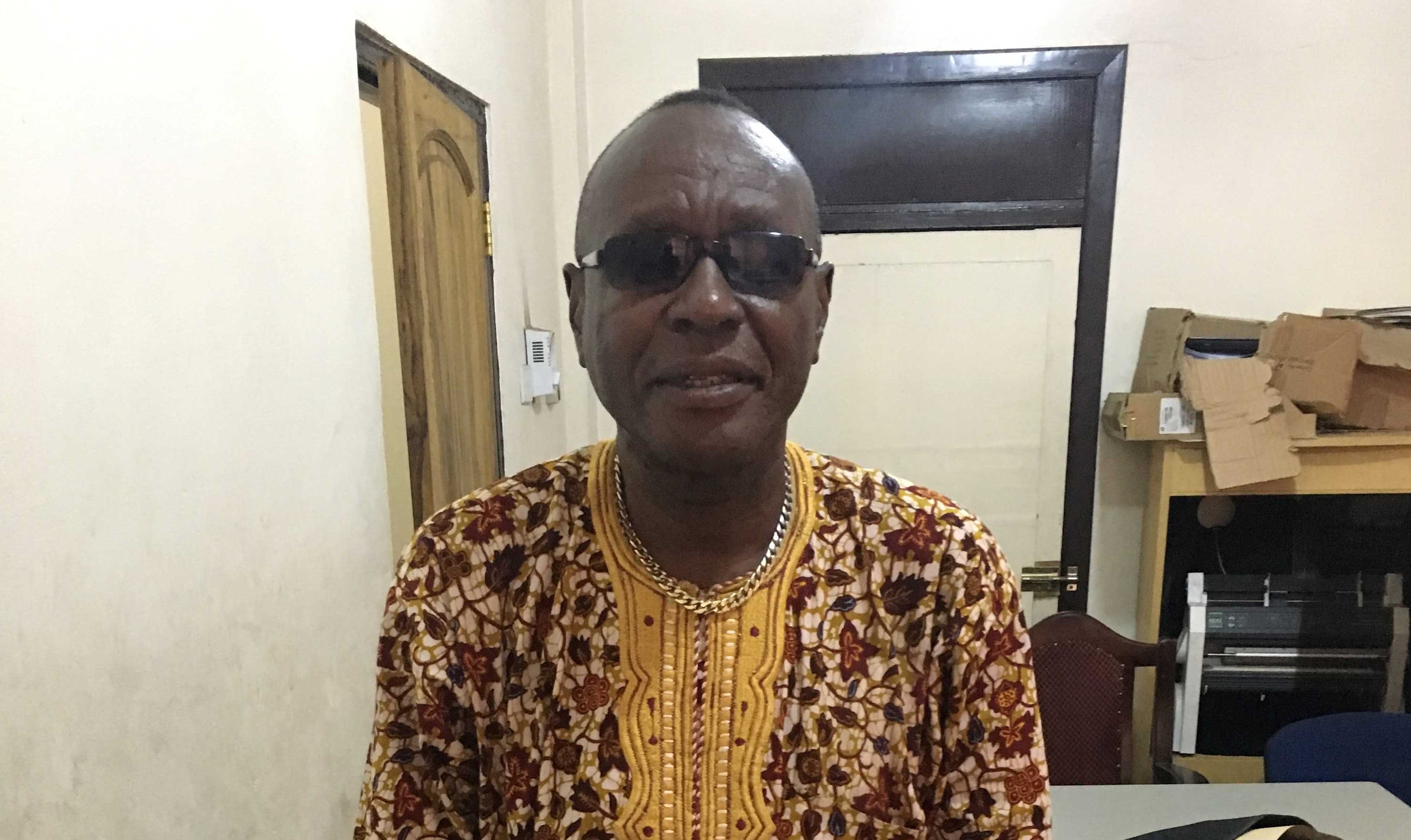 George Firimpong was born in Cape Coast on March 18, 1958 to Mrs. Martha Thompson and Mr. Albert Firimpong who was a former manager of shell petroleum. In addition, he has two sisters. He attended Phillip Kwaku Boys Primary School and moved to Abesam Memorial school and furthered his education in Adisadel college in 1971. He left Adisadel college after his O and A level in 1978. George was the sports prefect, and he also participated in football, volley, athletics and was the school cadet. As a long-distance runner, he joined the national academy team in 1976 and was nicknamed “Fire” due to his magical movement when on the field. George got married to madam Doreen Ayison in 1987 with three children; two boys and one girl.

From Adisadel College he proceeded to the University of Science and Technology where he studied social science and law. During this time, he traveled outside the country to Nigeria where he worked as a journalist. He worked with the Holy Quran Speaks newspaper, Weekly Focused newspaper, Daily focused and the flight newspaper. He began as the sports and entertainment editor, and then moved to the sub editors’ desk. He had the opportunity to travel to France in 1983 for some months and came back to Ghana to continue his education. He enrolled in the Ghana School of Journalism to do a certificate course on public relation, advertising and marketing and to secure a high-profile job. He wanted to pursue being a journalist and he started his own publishing firm called “Akoo Poli,” which means “The Gossiping Parrot,” in 1987. He later left Akoo Poli and started his own publishing firm called “African Best.” He did the first Afeyhe of Cape Coast in 1989, and continued with the second edition in the same year.
This Afehye was an annual festivity which portrays the culture and tradition of the people of Cape Coast and its surroundings. George’s publication was done annually, and he did his publication three times before eventually things became hard because he could not fund his publication. Firimpong then gave himself a break and applied to the University of Cape Coast to study history and religion and received a diploma in education in 1990. While he was at the university, he published his article on the Afehye and also joined the ATL fm as a pioneering staff. He was the first coordinator of the fm station and was able to extend it from a two kilometers radius radio station to a thirty kilometers radius one and hosted the morning shows on the station.

In 1991 he began to experience eye problems which was later diagnosed as retinitis pavement Oria. This presented a hurdle in his education. He sought treatment from various specialists and also had to deal with the emotional aspect of contemplating that he might lose his sight completely. Dealing with this situation took him about two years and subsequently delayed his graduation from the University of Cape Coast. However, he did not give up and pursued his educational goal. George returned to the University in 1995 as a partially sighted student and completed successfully in 1996. After his graduation, Firimpong went to teach economics and religious studies at Academy of Christ preparatory school in 1998 to 2000 until his sight totally faded away. When this happened, he accepted his disability and began putting things in place to help him make use of his academic achievements. In 2001, he went to the Akropong School for the Blind, where he went through rehabilitation. There he learned to read and write braille and met many other blind people and forged long-lasting friendships.

In 2002, he returned to Cape Coast and worked at the Cape Coast School for the Deaf, which also had a special unit for blind learners, as a teacher for inclusive education. Here Firimpong put a lot of commitment into the job. His first task was to ensure that the blind students received their lessons in a clean environment to ensure good atmosphere for his student to study. He did this by initiating a program which attracted the interest of an NGO from the Netherlands to come to their aid. They built a classroom block for the students, which was done through fund raising. George had then established a trade between the Netherlands by sending African print cloth to them to be sold to raise funds to support the inclusion program, and bought furniture, braille machines, computers, and more. He also got them a school bus which conveyed the students to and from the school. In 2008, George returned to the University of Cape Coast to study for a Master’s in special education. After 2010, he completed his Master’s program and was posted to the central regional education head office as the coordinator for inclusive education. This allowed him to continue with the pioneering work he had commenced until he retired in March 2018 with the rank of assistant Director of Education.

Firimpong established an NGO called Africa Best Foundation in 2008, which addresses disability issues in the central region. They organized HIV tests, regional sponsorships, advocacy for inclusiveness, planting for food and jobs, community-based rehabilitation, sports, and more for people with disabilities. In 2005, Firimpong was appointed as a chief in Suodo, Cape Coast in his blind condition. This marks a changed perception on people with disability traditionally, which often saw people with disabilities as being unfit to be a king or a chief. With the help of Firimpong, a fort which had been closed down was renovated and opened as a tourist site to generate revenue for the community. This fort was called the ‘Abold of Dwarfs’

Firimpong together with some others formed the GAB in Cape Coast in 2004 and built a school for individuals with visual impairment. They also did fund raising, organized several advocacy programs, did the white cane exhibition at lorry station and started a radio station to create awareness. After 2008, there was a move from GAB to GBU and in 2014 Firimpong was elected as the Cape Coast president of GBU. He contested for the national president of GBU but lost to Mr. Ofori Debrah.

He moved from the position of GBU regional president of the Central region and became the president of the GBU sports wing of the central region until 2014. Later Firimpong again contested for the regional presidency of the GBU and was elected to the position in 2014. In 2015, he had the opportunity to travel to South Africa for the senior management institute program Ghana Federation of Disability Organizations (GFD) which was officially inaugurating its new constitution and creating the position for regional chairpersons. He was elected as the first regional president of the GFD for the Central region, a position he still occupies. As the regional president of GFD, he spearheaded the advocacy for the district common fund, and successfully became the signatory to the account for persons with disability. They also advocated to have the mainstream disability subcommittee formed for persons with disabilities at the Cape Coast sub metro assembly. Firimpong observed that their meetings were being hindered by the inability of the deaf to adequately follow procedures, due to lack of sign language interpretation. As a result, Firimpong came up with a slogan, “no sign language interpreter, no GFD meeting” which was aimed at ensuring effective distribution of information. Also, through the advocacy programs, he was able to compel the Cape Coast sub metro assemblyman to put a sign language interpreter at the district teaching hospital. As GFD regional president, he was able to advocate for five more districts to employ sign language interpreters. Firimpong also created a regional office for the GBU and GFD in Cape Coast. Firimpong contested for a place in the Council of state but unfortunately was not successful.