Disability in Ghana
Skip to content
David
June 2, 2019by ghanadisability 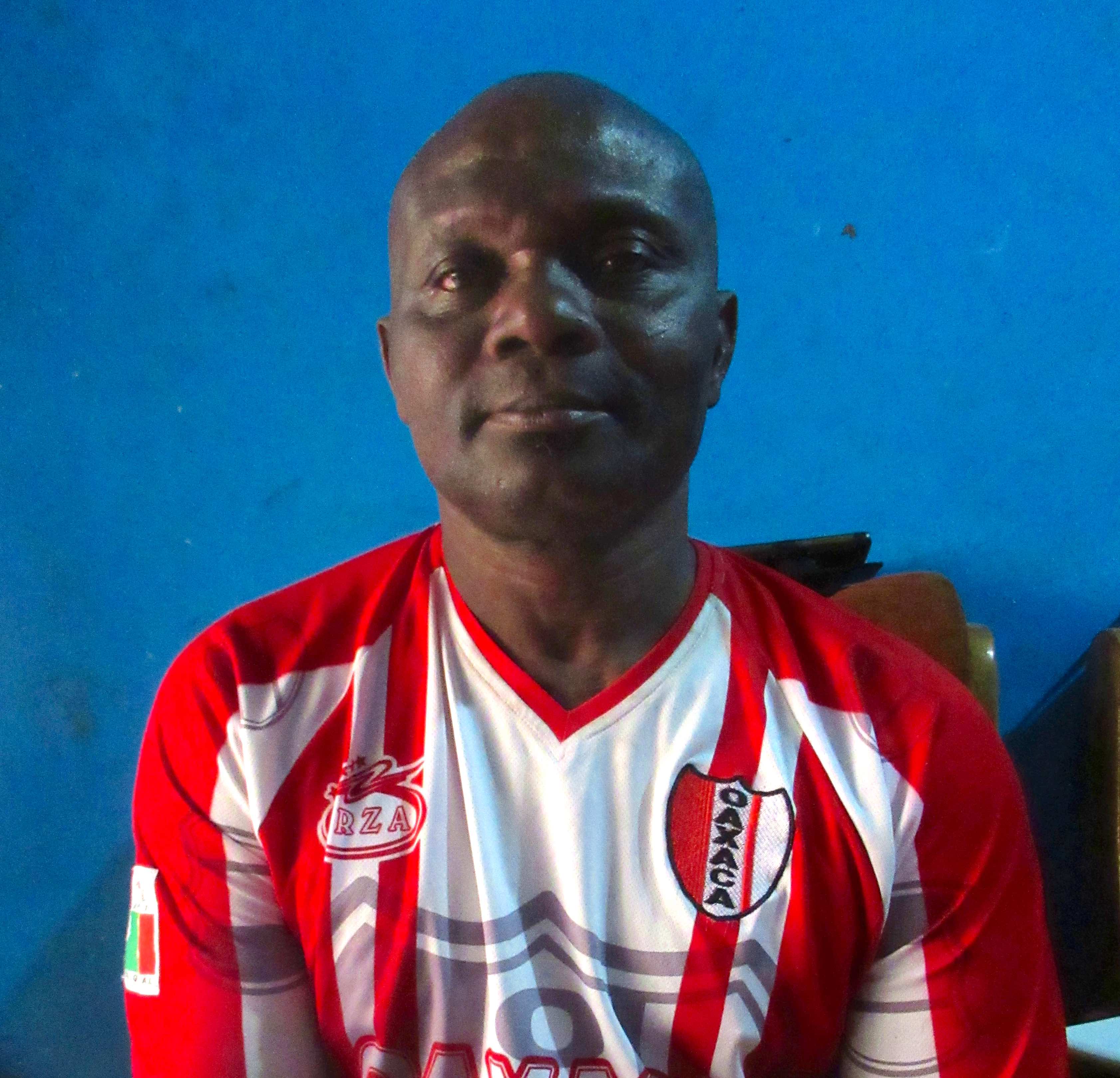 David Akpo was born in Akim Oda in the village of Kwanten. At the age of ten he lost the ability to use his legs and was given crutches and calipers to help him walk afterwards. Akpo joined the Disability Scouts in 1975 and worked at a primary school in the Ako Adjei area before joining the GSPD in 1983. Akpo helped organize the disability sports in Accra for more than eleven years with the organization.

I joined [the GSPD] in 1983…I came to know about them and join at my training school because that was where they held meetings… I went there and asked them how I could join. They showed me and encouraged me to join since I had started school at the training center. Truly when I joined, I was happy, I forgot all my problems at home and felt comfortable in the midst of other disabled people… when I joined the meeting it was good, if you request for anything they provide it and if you are sick, they even pay you a visit to check up on you… our chairman was called Quaison and other elders included Owusu, Torto.

Whenever I went anywhere and met my friends with disabilities, I talked to them about the group, so I brought more people to the group… nowadays that we are performing sports activities, three of us brought the sports to the group. In 1984, we went for a congress in Kumasi, I was first in the wheel chair racing and Greater Accra won the first, second and third positions since 1984… it [the disability sports] started here in Accra… when it started here in Greater Accra… we were three… Adjetey Sowah and David Nii Okine [David Akpor]… and Odoi who is dead… when it started in Accra, a certain man called Adjevon who used to host bicycle racing every year hosted one in Accra. Nii Okine took the first position, I was second, and Odoi was third… So when [Adjevon] hosted the race in greater Accra and we won the trophy, then he said in 1984, he will host it in Kumasi so that whoever is capable can also win. He also said he will send it to all the ten regions and in 1984 when he hosted it in Kumasi, we won it again for Greater Accra region…. Sowah, Nii Okine, Odoi and I [organized the race in Accra].

Most of the leaders who used to manage us are dead, so nowadays we are being managed by most of the young people and they cannot handle us very well, they are also not sociable that’s why things have changed in the meeting. Most of the elderly are dead, now there are even no elderly leaders in the meeting… nowadays, the current leaders don’t allow us to express ourselves like how we used to express ourselves in the past. I wouldn’t like to be disrespected by someone younger than me because of something I said, so nowadays, I don’t like going to the meeting.

The problem [the GSPD] are facing now is that, there is no honesty in the group. We are not faithful to each other nowadays. At first, each person liked to share what they had but now, they don’t. So if I don’t see any improvement I will just concentrate on my job with my children.

The [GSPD] will get back its former glory and joy if all the members who have stopped come back. Again, if we organize meetings and people are absent, there are ways to visit them and find out why they have been not been present. The person might tell you what’s bothering him/her and the leaders can in turn, convince them to be regular at meetings by pampering them.

Now that our [Disabilities Act] has been passed, it means everything that is being done is in accordance with the law. This means that, due to the existence of the law, once you take up issues that bother you as a disabled person, the law will be used to address the problem… before the law we were happy among ourselves. Now that the law is here, our problems can be addressed using the law.

The [disability] scout was formed in 1975. We went to join in 1975… The scout has been in existence for a very long time [before the GSPD]… when we joined the disabled scout, I must admit there was a lot of joy there. When we joined, there were no females in the scout. My wife [Maame Veronica Quaye] was the first woman to join when we started the disabled scout… At the time we joined, our leader was known as ‘Aluta’… on Fridays we went on camping… When we went for camping, we were taught a lot of things. We were taught scout laws and ways, first aid – what to do when you are ill before you visit the hospital… ours was the disabled scout. Among us, we had craft, sewing, shoemaking, etc. When Trade Fair was organized for instance, we wrote letters and were given stands where we displayed a whole lot of craftwork products. People came to the Trade Fair and bought the things we displayed… we had the skills already. Our leader only supervised us… the use of money, unfaithfulness within our ranks and greed among many other things [caused its collapse]. The Scout too is not the same. Again, we are growing and cannot use the crutches effectively like before. All these are reasons why we stopped.