Disability in Ghana
Skip to content
Agor
June 2, 2019by ghanadisability 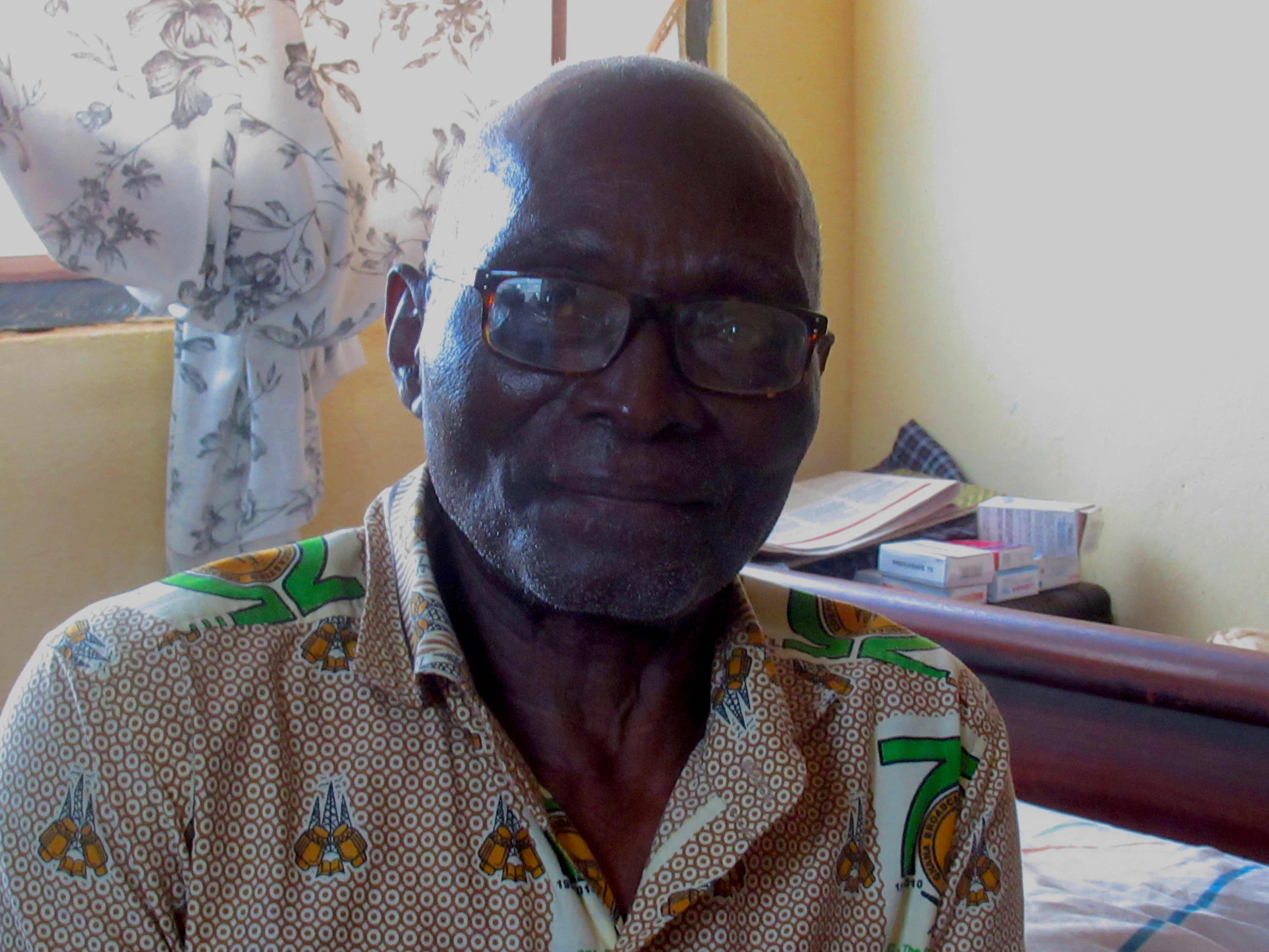 Agor Ablor was born in 1934. At the age of three he developed polio and was taken to the hospital. There he was given an injection for measles, and afterwards became paralysed in both legs. Ablor worked for civil service in 1961, before joining the GSPD as the Vice President of the Accra area. After resigning from this position, he became the National Vice President in 1981. He shared stories with us about the founding of GSPD and his work with the organization.

So one Mr Wereko from Kumasi came to see me that they wanted to form a disability society so I should also be involved I said oh fine. So we had some meetings both in Accra, and in my office… [In Accra] It was then made up of Myself, Wreko, Wofa Yaw, Kumi, Quayson [J.J. B Arthur, Emmanuel Anang, Adjetey Sowah part]

So we started in Accra, Mr Qwayson was the President and I was the Vice of the Accra meeting and Adjety Sowah was the secretary. At the time oh we were doing very well we were mobilizing people and getting a lot of people to join but something happened and I resigned… I was a signatory to our bank account so one day for Accra and one day I realised somebody told me that they have withdrawn some money from the bank without my knowledge I made enquiries and realised that it was Qwayson and Adjetey Sowah who signed for immediately I resigned… [I] didn’t trust them anymore but I was going for the meetings.”

[I was Vice president] more than four years or so. Then in 1981 or so there was a national delegate meeting and I applied for the post of National Vice President and I got the post and I become the vice president. So we were traveling throughout the country to form the society, to inaugurate executive officers and others. So with exception of Wa I know every part of Ghana. But there is one thing too that even with GSPD there was some sort of discrimination… We had people who were using crutches, we had people who were using wheelchairs, we had people whose arms were amputated etc. so they were discriminating against those of us who were using the wheelchairs because we couldn’t go to places… So I think in 1981 there was a general election as I said, I got the post so we’ve been travelling and sensitizing people that they should join the society so that we could raise the image of the disabled people and disabused peoples mind that our disability is not inability. So we mobilize a lot of people. And we also had a lot of help”

Then when the time for the president expired I put in an application for president but you know there were a people were in tricks against us those of us using the wheel chairs so people who even told me will support me, there was another boy who was using crutches he maneuvered he even bribed people not to vote for me in fact so at the congress I lost, I lost. And then I was peeved because most of the people thought I will get the post but the way this boy manoeuvre in connivance with the financial secretary they were using… their own money ensure people didn’t support me in fact I got to know it late otherwise I would have withdrawn because I will not tolerate it even at the congress center… he [Christopher Kisseh] won but unfortunately for him he died about a year later

[Christopher Kisseh] was a treacherous boy he was my close friend when I was the vice president he was my secretary and all the committee we set up I will help him, I was drafting letters for him, but he tricked me so I was peeved so from the congress I stopped going for their meetings because if this small organization you do such a thing I didn’t understand why it should be like that, I don’t the society I was contributing to the society so if you want to take it take it that is fine I am not after post all that bad even to become the vice president one lady called Catherine Tsagli brought the forms to me and asked me to sign it before I signed it I was not interested.”

To draft the disability bill and we met and our chairperson was the late Registrar General which was a woman I have forgotten her name by then was the chairman and one Dr C we were about 19 of us on the committee and one Mr Oye he was social welfare director so he drafted the whole bill, which was sent to parliament and it was passed”

[Challenges forming the GSPD included] Financial problems you know as a new organisation and you were expecting to get financial aid from among ourselves and you know people with disabilities some of them are not working so how do you expect them to pay dues so that is a big challenge. Also we had transportation problems so when I was in Teshie and we were going to meetings when I didn’t have car, how many of our people at that time could afford to take taxi from Teshie to Adabraka and back for meetings, so transport problems impeded the progress of the organization many people were willing to come but you can’t take trotro so you have to take Taxi so these are some of the problems

[The GSPD] have achieved a lot… We have sensitised people a lot that we are not a different person that if you want to do something you can do it don’t think of your disability first think of your ability… almost every year we go to one region to hold our congress there and then sensitize people, advise them and convince them that we can do something